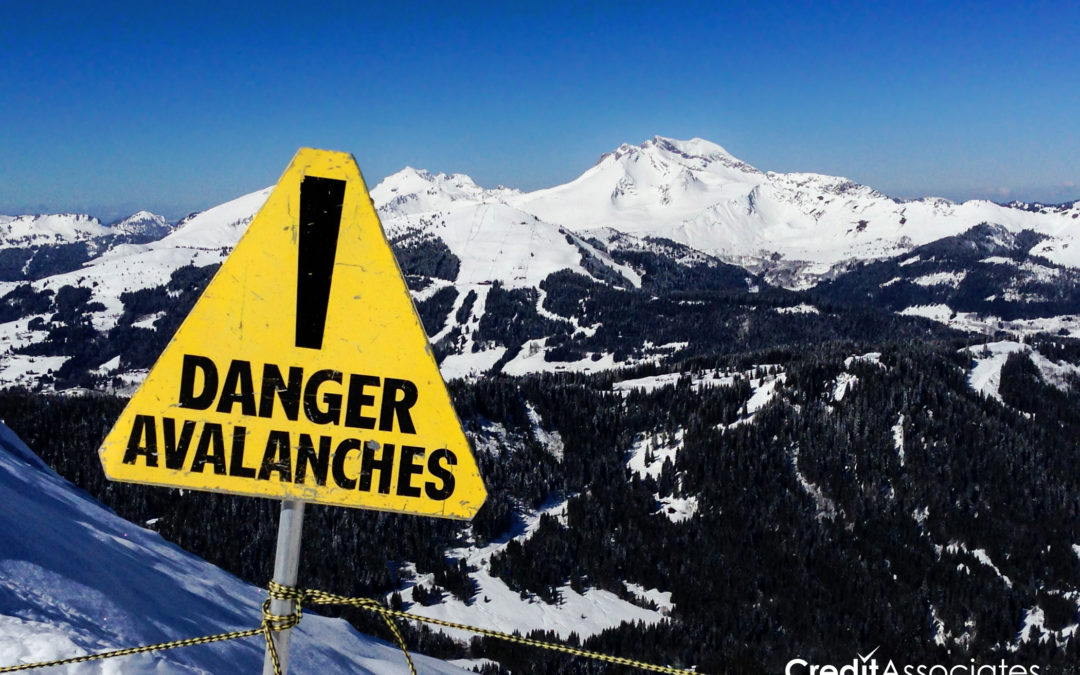 Debt Avalanche: Everything You Need to Know About this Repayment Strategy

Dealing with debt is never easy, especially when you have to work with multiple debts simultaneously. High-interest rates can make it seem like there’s no way to get out from under the financial pressure but there are methods that can help you make the process more manageable.

One of the most popular debt repayment methods today is the debt avalanche.

The avalanche method takes a unique approach of thinking long-term instead of short term, allowing you to keep as much money for yourself as possible and minimize the amount you pay as interest.

To help you get started with the avalanche method for debt, let’s look at some of the most important things you should know.

In the simplest terms, debt is money that is owed from one party to another. No matter how complicated some of your debts might be, the terms usually come down to the amount that you owe and the interest that you have to pay on top.

Another important aspect of debt is whether it’s secured or not. In many cases, banks and other lenders might require you to pledge an asset as collateral in case you fail to make repayment. Secured loans are standard in the real estate and auto dealer markets.

Now that we’ve established what debt is, let’s look at some of the most common types of debt.

Credit card debt is the most common and most expensive kind of debt you can have. If you fail to pay off your full balance every month, the interest can pile up quickly and leave you in a serious financial bind.

Another common type of debt is medical expenses. If you’ve had a medical emergency that costs a lot to treat, you might have to agree to a payment plan in order to repay it in installments.

Many students are left with a hefty student loan debt after they graduate college. In many cases, there are debt relief options that you can take advantage of, but for most folks, paying off student loans can take a lot of years.

A mortgage is the single biggest financial commitment most people will make in their lives. And since the monthly payments can be significant as well, changes in your financial situation or an economic hardship can make following through on monthly payments challenging.

Many people take out a loan when buying a car from a dealership. However, loan terms can vary greatly depending on where you make the purchase. What’s more, car loans are usually secured, which means that if you fail to make regular payments, your car can be repossessed.

What is the Debt Avalanche Method?

The debt avalanche method is designed to prioritize your long-term gains to motivate you to pay off your debts faster. With this method, instead of paying off each of your debts at the same rate, you would put all your efforts into paying off the debt with the highest interest rate first.

You would pay the minimum installments on all of your other debts and repay as much as possible on the single debt with the highest interest rate.

Let’s take a look at an example that can further illustrate this method.

Using the debt avalanche method, you would pay the minimum installments on the school loans and would funnel all of your spare money into working down the credit card debt as much as possible.

This way, since you would repay the credit card debt quicker, you would pay much less interest, saving you a significant amount of money compared to if you had simply repaid both debts in similarly-sized installments.

How Does the Debt Avalanche Method Work?

Now that we’ve looked at what the debt avalanche method is, let’s explore the specific steps that you’ll need to take to start using it.

First, you’ll need to take a full inventory of your current financial situation, as that’s the only way to have a clear starting point and understand what needs to be done.

Take the time to compile information about all of your debts, including what you owe in each situation, the interest rates, the installments, and how long you will need to repay each of them.

Then, determine which one has the highest interest rate, as that will be your primary focus. Don’t look at how big the debt is compared to others or how many installments are left; the avalanche method’s only criteria is how much interest would accumulate over time. You can use a debt avalanche calculator to make creating a debt avalanche spreadsheet easier.

To make the method work, you will also need to take care of your other debts; don’t fail to make payments. Likewise, make sure you know exactly how much the minimum installments are for each one and set aside the necessary payment amount each month.

Then, use any leftover money you can spare to pay off as much as possible on the highest interest debt, chipping away at it until you reduce it completely.

Once you pay off your highest-interest debt, give yourself a celebratory pat on the back, but don’t stop there. Use the positive momentum and the motivation you gain from this accomplishment to tackle the next biggest interest with just as much enthusiasm.

Over time, you will start noticing that your debt situation is rapidly improving, removing. Moreover, you can feel confident in the fact you aren’t putting off the most detrimental debts to your financial well-being.

Even though the debt avalanche method is very popular, it’s not the only one you can use. In fact, many people looking for a way to take control over their debt usually compare snowball vs avalanche methods before settling on one of them.

Still, not everyone agrees that it’s the best approach.

Many point to the debt snowball method as the more effective approach, mostly because it might be better suited for those that need a bit more motivation to pay off their debts.

With the debt snowball method, instead of going after the debts with the highest interest, you would vigorously attack the smallest debt balance you have, reducing it before moving on to the next.

That way, you get frequent wins by repaying debt in full, which can give a massive boost to your confidence and ensure that you stay on track.

Meanwhile, with the debt avalanche approach, you might have to work for years to get your first debt repaid simply because it was also the largest.

But if you use a snowball vs avalanche calculator, you will find that while the avalanche method might not be as rewarding, it is almost always the smart financial choice if you can stick with it.

Pros and Cons of Using the Debt Avalanche Method

However, to help you figure out whether it’s the right approach in your situation, it might be useful to look at the main pros and cons that this debt repayment method comes with.

How CreditAssociates Can Help

The debt avalanche method is a great way to pay off your debt in the most financially sound way possible. However, to make the method more effective, you should try to lower the debt you have to pay in the first place.

CreditAssociates can help renegotiate terms with your creditors, helping you to pay less and get out of debt much more quickly. If you want to learn more about our debt relief services, contact us for a free consultation. We can help you become debt-free in as little as 24 months.