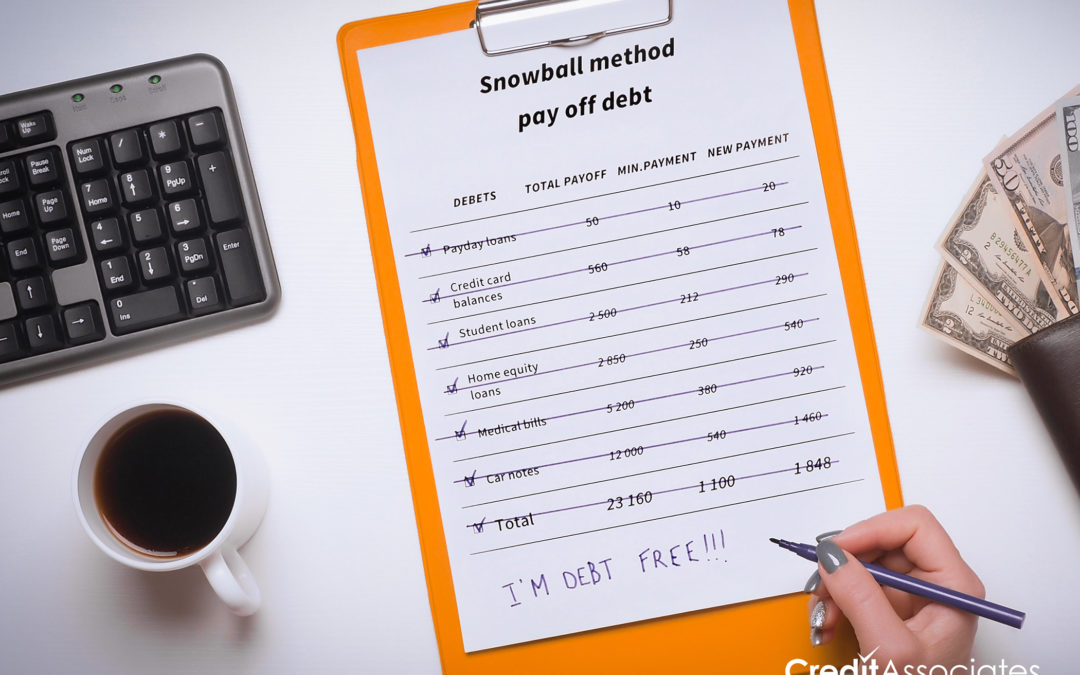 Struggling to find a strategy to pay off your debt? The snowball effect method might be the right solution for you.

The snowball effect is an effective technique for building a snowman in the winter—and apparently for paying off your debts. If you’ve made snowballs, you’ll get the gist of this strategy pretty quickly.

In this article, we’ll discuss the debt snowball effect and how it applies to debt management.

The debt snowball effect is probably one of the fastest ways to relieve your debt. It relies on consistency and momentum to work. The idea is fairly straightforward: small wins (paying off small amounts) can give you a psychological and emotional push to tackle bigger goals (paying off big amounts) until you’ve eliminated your debt.

To explain how the debt snowball effect works, imagine making a snowball. You can try scraping up clumps of snow and packing them together. But, that takes too much effort.

A faster way is to start with a small ball, then roll it around on the ground. As it rolls and picks up snow, that little piece will get bigger and bigger. And, the nice thing is, you grew it all with just a simple push.

The same tactic applies to paying debts. Instead of tackling your largest loan, start with the smallest. As you start paying these off, you gain more money and confidence that you can roll over to the bigger debts, until everything debt is paid.

How Does the Debt Snowball Method Work?

The Snowball debt payoff method is easy to understand. Once again, you start with your smallest loan (in terms of balance). Then, do everything you can to pay that off quickly. You then move on to the next smallest loan, using the payment meant for the last one in the next. This effectively “snowballs” the amount of debt you’re paying. You then repeat this process until you’ve cleared your last debt.

The snowball method has more to do with psychology than math. That’s because eliminating your debt requires persistence, discipline, and consistency. This makes it a much more effective approach.

Starting with the biggest debt might sound intuitive. After all, once you get it out of the way, you’ll have taken a big chunk off your liabilities. That may work well for you, but only if you get past that first big hurdle. Sadly, not many people do. They end up getting discouraged, missing out on payments, and going back to where they started—often in a worse position.

Quickly paying off your smaller debts first is a smarter strategy. It gives you a big confidence boost and natural high, enabling you to stick to your commitment more effectively.

Tackle your debt one small step at a time by gaining small wins along the way.

How to Use the Snowball Method

Pros and Cons of the Debt Snowball Method

The biggest pro of the snowball method is the positive psychological and motivational effect. It also forces you to be methodical by focusing on only one debt at a time. However, the biggest drawback of the method is that it will probably cost you more in interest payments. That’s because you’re initially working on the smallest debt, which means your bigger, costlier debts might continue to accrue interest.

The bottom line: the snowball method is a fantastic debt repayment strategy when done right and ONLY if your budget can cover the monthly payments.

Otherwise, there are better alternatives to the snowball effect. Debt relief is still possible with or without this method. Learn more by scheduling a free consultation with one of our Debt Consultants today.