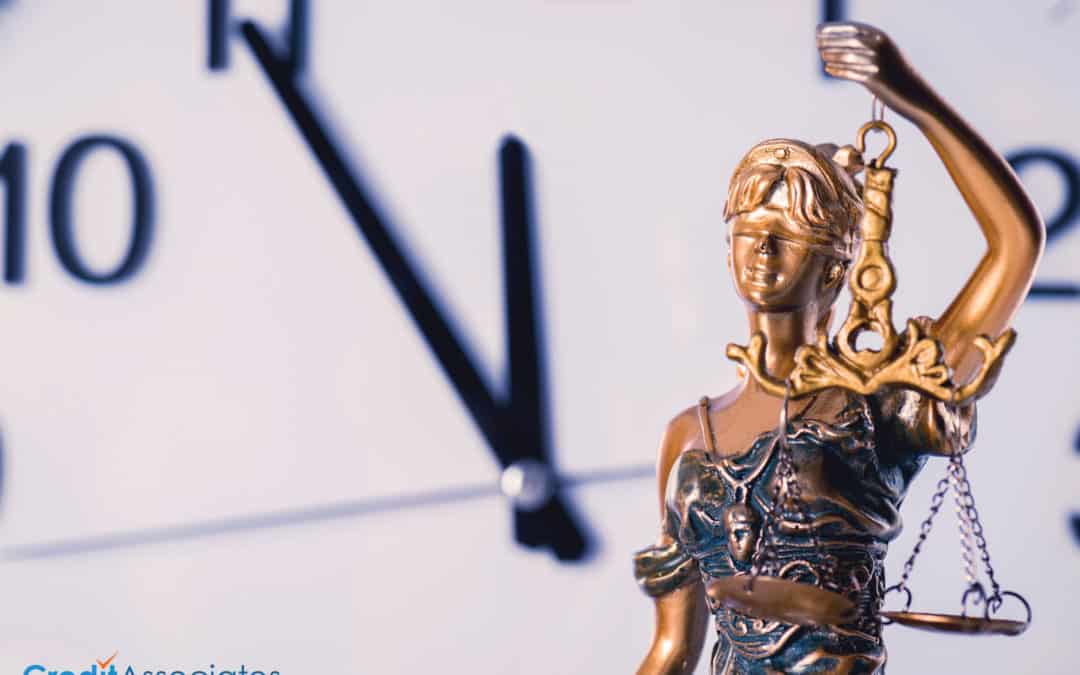 Getting sued because of your unpaid debts is something that every person dreads. Not only is a lawsuit stressful, but it is also financially draining.

The good news is that you can get legal protection from creditors suing you in the form of statutes of limitations on debt. These guidelines prevent creditors from taking legal actions against you for old, overdue debts that you might have.

In this article, we will discuss these very important rules, and whether you qualify for them.

What Is The Statute Of Limitations On Debt?

A statute of limitation on debt is a form of legal protection for consumers who have unpaid financial obligations. It is a rule that gives creditors a set period to file a lawsuit against you. Once that has elapsed, creditors can no longer sue you over your unpaid debts.

Is there a statute of limitations on credit card debt? The answer is yes. In fact, the rule applies to all kinds of consumer debt, from personal loans to hospital bills. The one exception is federal student loans. In this case, creditors can file a lawsuit against you anytime.

It is important to keep in mind that the state that you live in can greatly impact the statute of limitations for each type of debt (see our next section for a full breakdown).

The “clock” on your statute begins on the date of your last missed payment. One crucial thing to know is that this clock will “reset” once you make even one partial payment of your debt. If you’re seeking debt relief and want to prevent creditors from suing you, you’d better hold off any payment until you’ve sought legal advice.

Another vital thing to note is that the statute of limitations on debt only prevents creditors from suing you. They can still legally hound you and ask for payment, write letters, or pass you on to a debt collection agency.

The statute of limitations will also never erase your debt from any public record. That means your credit score will still be negatively affected if you don’t settle that debt.

The government also doesn’t track if the statute on your debts has elapsed, nor is your creditor obliged to tell you so. The bottom line is that it’s your responsibility to track and prove it in court should you be required to.

Statute Of Limitations By State

The statute of limitations on debt collection by state varies. There are also laws that govern how these statutes are implemented and how long they last.

Generally, states will categorize debt into two groups – Open or Written. Some states have different time limits for each of these.

Written debt refers to any loan agreement where there is a contract that clearly states the terms and conditions of the debt. Most loans like auto loans and mortgages fall into this category.

An open debt, on the other hand, is where you can borrow from a revolving balance again and again. Credit cards are a prime example of open debt.

The best way to be sure is to check with a local consumer law attorney in your area to know exactly where your situation fits into.

The period allotted by each state also varies wildly. Rhode Island, for example, has one of the longest statutes among the states, which last for ten years across all debt types. Contrast to North Carolina’s statute, which only lasts for three years.

On average, most states will have a statute of limitations from three to six years.

The state where you live determines which statute of limitations the debt will follow, regardless of where you loaned the amount. However, some lenders might try to specify a specific state’s statutes of limitations for collecting debt in your contract, to benefit more extended periods.

Time-Barred Debts And The Statute of Limitations

After a credit statute of limitations has elapsed, it is now considered as a time-barred debt. Under the Fair Debt Collection Practices Act, it now becomes illegal for creditors to file a lawsuit against you. If they do, you can file a countersuit or a complaint with the Federal Trade Commission.

However, some creditors will still try to pursue legal action against you, even if your debt is already time-barred. They will often try to get around that fact and try to prove that the statute of limitations doesn’t apply to your case.

A common tactic is for creditors to argue that the “clock” started from the wrong date, or that it has been reset due to some technicality. If you made a payment, even partially, then they might be onto something.

If you are faced with a court case like this, it’s imperative that you show up to defend yourself. It’s often easy to prove to the court that the statute of limitations has already expired on your debt.

However, if you don’t attend the court hearing, the judge won’t be able to hear your side and may rule in favor of your creditors. If this happens, they can automatically file a court order to deduct your wages until the debt is fully paid.

Debt Repayment After The Statute Expires

Once the statute of limitation on your debt kicks in, you’re technically safe – legally, that is. The reality is that you still owe the debt, and you must repay it.

Because of this, expect that your creditors will continue to force you into paying. They will most likely still make phone calls or send you collection letters every now and then.

Sure, you can choose not to pay for it, and you’ll be legally safe from prosecution. However, this option will have a massive impact on your credit score. It will be challenging, if not impossible, to secure a loan or apply for a credit card in the foreseeable future.

That’s why it’s still in your best interest to pay off your debt sooner or later.

The silver lining is that you might have some leverage on your hands. You can often negotiate a lower amount with your creditor than what you originally owed. As a lender, it makes sense for them to accept a smaller payment than not getting paid at all. Of course, this only works if the creditor feels they have no other option to collect from you in full.

If the lender does agree to lower payment terms, make sure to have everything in writing to make it official.

While the statute of limitations on debt offers a good layer of legal protection, it’s not the best solution for your unpaid debt. Your best bet is to settle your debt one way or another still.

However, if your finances aren’t enough, even after extreme budgeting, you might find it difficult to settle. In this case, debt relief might be your only option. It’s done by negotiating with your creditors to find a lower payment plan that you can stick with.

This is easier said than done, however. If you don’t have the experience to deal with creditors, it can be a long and frustrating road ahead. Plus, you won’t get the deal that you deserve.

There’s much risk on the table, that’s why we don’t recommend you do debt relief on your own. Instead, it would help if you trust it to a professional company like CreditAssociates.

We have a track record of assisting people to become debt free in as little as 24 – 36 months through our proven debt relief program.

We can do this because we have a team of professional debt negotiators that will negotiate with creditors on your behalf. We know all the legal loopholes, tips, and tricks when it comes to consumer debt, and we’ll deal with them, so you don’t have to.

Our goal is to help you significantly lower your debt, make it easier for you to pay, and keep more money in your pockets in the long run.

CreditAssociates also offers other strategies to help you repay your debt, such as debt consolidation and management. The key is to know your unique situation. That’s why we start every relationship with a one-on-one consultation session.

Have an old overdue debt that you want to get rid of? Relying on the statute of limitations will never be enough. Schedule a private and free one-on-one credit counseling appointment with us to begin strategizing how to settle that obligation and live a debt-free life.