CreditAssociates » What Is Wage Garnishment? 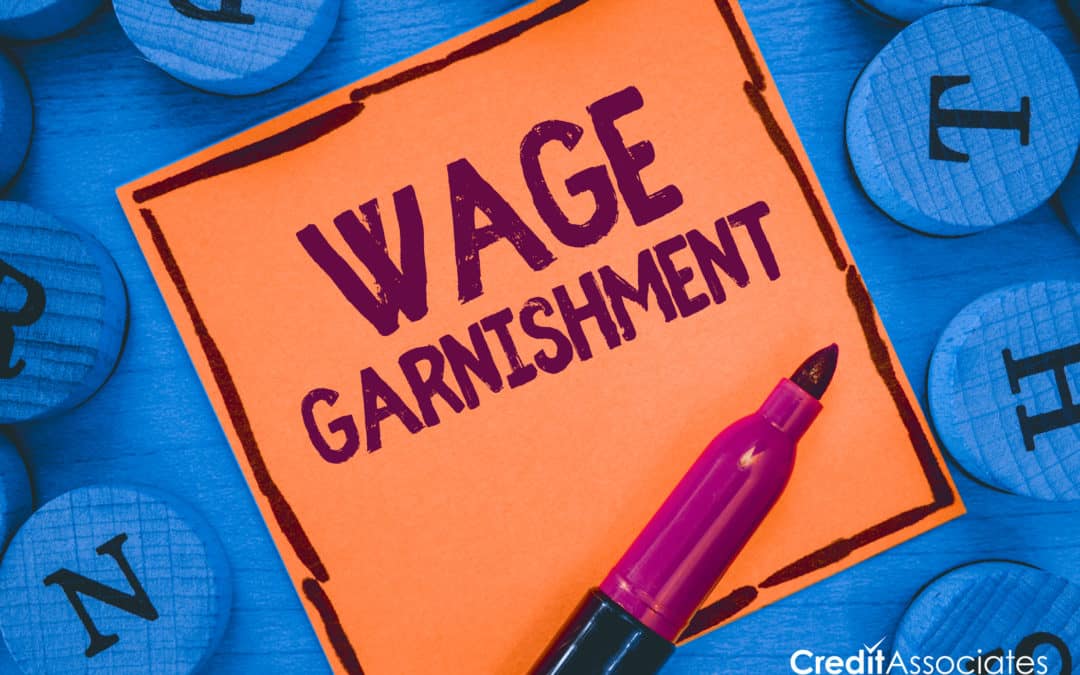 Wage or paycheck garnishment is one of the worst-case scenarios for people faced with an increasing amount of debt. It can set back your financial recovery efforts by robbing you of the chance to manage your own income.

If you’re facing garnishment, you need all the information regarding the topic to move forward. We’ll discuss what paycheck garnishment is and how much of your salary is eligible for deduction. You’ll also know what your rights are when under garnishment, and what you can do to stop it.

More importantly, we’ll discuss ways of dealing with a garnishment situation and how you can recover financially.

To understand wage garnishment, we need to look at part of the word first. So what is garnish? It’s a special court order that legally allows a third party to take your money to pay a debt.

The debt in question can be of any kind. Most garnishments, however, involve paying off for student loans, consumer bills (like credit card debt), or tax delinquencies.

There are two kinds of garnishments. One is non-wage garnishment, or what is commonly known as a bank levy. Here, the court can order a certain amount to be seized from your bank account.

The other type of garnishment is wage garnishment. This is a special court order that automatically deducts part of your salary to pay off a debt of some kind. This continues until the debt is fully paid.

It’s important to note that only the courts can issue a wage garnishment, and only under specific circumstances. This is usually due to your creditor winning a lawsuit against you and the judge ruling a garnishment in their favor. Even then, you’ll be given due notice so you can prepare ahead of time.

Creditors, therefore, can’t garnish your wages without you knowing about it. If they threaten you, know that they can’t legally do that without due process. However, if they win a case against you, they can request a wage garnishment at any time after the ruling, as long as the debt still exists.

There are exceptions, however. If the creditor is the federal government (as is the case with student loans, taxes, or child support payments), they can issue a wage garnishment without a court order.

How Does Wage Garnishment Work?

So how does garnishment work? It begins when you’re running behind on your payments. If, after repeated collection requests and you’re still not paying them, your creditor will explore other legal avenues to recover the money. One of them is filing a lawsuit against you.

Should a creditor win a case against you, they can then legally request wage garnishment. They would bring the court order to the local marshall or sheriff, who would serve the garnishment proceedings.

For wage garnishment, a notification will be sent to your employer, who will then inform you of this. You’ll get all the information you need, such as the amount to be deducted and how to file a complaint if you want to. In short, you don’t need to ask, “who is garnishing my wages?” because you’ll know.

Once you’re informed, you’ll then be given a grace period before the garnishment begins. This is usually around 5 to 30 business days and varies with your creditor or enforcing state. The amount to be garnished typically also includes court fees.

Garnishment continues until the debt is fully paid, or an alternative arrangement is agreed upon between you and the creditor.

If the creditor is a federal or other government agency, then a court order is not needed.

For example, if you owe back taxes, the Internal Revenue Service will usually send you warning letters, culminating in a Notice of Due Process Hearing. Once this happens, expect garnishment to occur within 30 business days.

The process is roughly the same with the Department of Education, who will notify you in writing a month before garnishment.

You’re also granted protection from retaliation once a wage garnishment is in place. This means you cannot be disciplined or terminated by your employer due to your salary deductions.

You can file a protest against garnishment with the local court. You can present evidence showing that you need your full paycheck to support your expenses. If the court rules with you, they can terminate the garnishment.

Wage garnishment, unfortunately, will have a negative impact on your credit score. This affects your ability to take out a loan or apply for a credit card, which can further devastate your financial recovery.

What Wages Can Be Garnished?

When it comes to paycheck garnishment, everything is fair game. Any declared salary is eligible for garnishment after mandatory deductions like tax have been made. On top of that, some of your benefits like Social Security can even be garnished.

Check garnishment for government entities is even more unforgiving. For example, the IRS can legally take 15% of your wages as payment for back taxes. Child support can be especially significant, deducting a whopping 65% from your salary.

In fact, alimony and child support are the number one reasons for garnishment, making up 41.5% of all cases.

If you’re facing wage garnishment, the good news is that there are limits to how much of your salary can be deducted. Under the Consumer Credit Protection Act, creditors can only legally deduct from your disposable earnings, which is your wage after taxes and other mandatory deductions.

The idea is that creditors can’t leave you dry, without enough money to survive.

The rule of thumb is that creditors can only take a maximum of 25% of your disposable income if it’s more than $290, or 30 times the minimum wage, whichever is smaller.

Since $125 is less than $217.50, the former would be the final amount that would be garnished from your salary.

However, if the state’s wage garnishment limit differs from the federal’s, the one that equates to the lowest garnishment amount is applied.

Speak To Our Credit Counselors

Wage garnishment can be a significant financial blow, especially since you’re already unable to make do with your debt payments. It essentially robs you of controlling your finances, making a recovery more challenging. It can also cause embarrassment and friction with your employer, and can negatively affect your reputation.

One option you can take is to negotiate a different arrangement with your creditor. Assuming they agree, this can stop garnishments. Although, this doesn’t work most of the time.

If you’re overwhelmed with your situation, the best solution is to seek outside help. Our credit counselors here at CreditAssociates can help you with debt repayment strategies. One-on-one consultations are free, so you have nothing to lose.

Our counselors will advise you on the best course of action based on your unique situation. One of the best strategies is debt relief. We’ll negotiate with your creditors on your behalf, so you’ll pay a lower amount on your debt. This is usually enough for creditors to halt your wage garnishment, putting you on a quick path to debt recovery.

Our debt relief program is one of the most proven in the market. We have helped countless people become debt-free within 24 – 36 months. Unlike other strategies like debt consolidation or management, our relief program can lead to lower debt payments in a shorter time frame.

You should also know that wage garnishment will drastically lower your credit score. Our CreditAssociates debt counselors can help you with debt resolution strategies. For example, sticking to a budget and paying a secured credit card on time is an excellent way to do this.

In the end, you should become debt-free and have a clean slate to rebuild your credit. You can also feel confident when it comes to debt repayment because you will have a team of supporters backing you. Ready to stop your wage garnishments in its tracks? Call us today or schedule a free one-on-one session with one of our credit counselors. Our trained experts can advise you on the best course of action so you can go back to a debt-free life faster than ever.

By providing my mobile and/or home number, I consent to receive calls, text messages and pre-recorded messages via automated technology, including auto-dialers, by or on behalf of CreditAssociates, regarding its products and services, including promotions. Normal message and text rates apply. You are not required to opt in as a condition of any purchase.